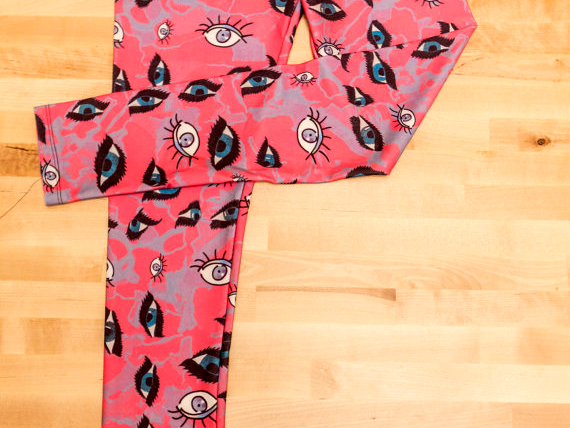 By now, you may using bitcoins to discover the best workout routines with Gymnut. But did you know you can also use bitcoins to stay on trend while you exercise? It’s way more fun to workout while wearing unique patterned leggings, and eatmeclothing on Etsy has you covered! In addition to leggings, the shop sells dresses, backpacks, crop tops, and more. And there’s a huge range of prints, from dinosaurs to pizza to the periodic table!

Julieta, the owner of the shop, lives in Buenos Aires and has made nearly 500 sales through Etsy. She told me that her inspiration for the clothing comes from everything, and that’s certainly clear with the wide variety of subject matter in the prints. But more specifically, she’s particularly inspired by her childhood and by music. “Music is indispensable,” she told me. “I listen to a lot of music, but hip hop is my favorite sound.” As for how she comes up with her designs? “Basically, I make what I would like to see people wearing or what I would like to wear.”

When I asked her about her own style, she expressed that it often changed and was difficult to describe. “Sometimes I just wear the first thing that I find in my closet. But sometimes, when I’m inspired, I create a look,” she said. She described the looks that she creates as “usually sporty”, because she typically wears sneakers. And sure enough, the photos in her shop often show the designs paired with cool pairs of sneakers.

Currently, clothes that can be worn from the gym to the office are in high demand, as the comfort & convenience can’t be beat. Sportswear companies have been coming out with collections that place a larger emphasis on fashion. For example, Nike has an entire style guide for women on their website, complete with sporty looks that can be worn all day. Adidas describes their new Tubular collection as “the future of style” and has several collaborations with fashion designers. Plus, stores like Forever 21, PacSun, and Urban Outfitters are putting out fashionable workout gear too. 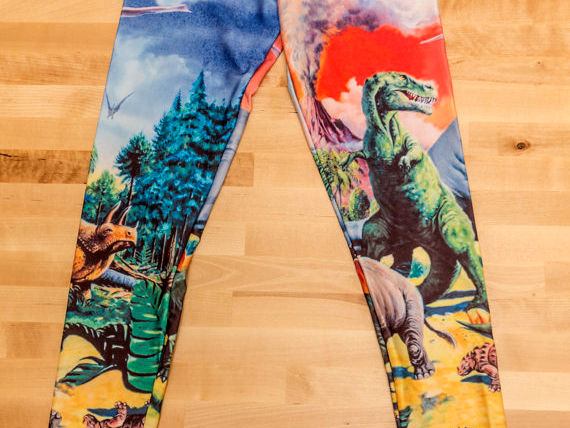 The clothing offered in Julieta’s Etsy shop definitely demonstrates the versatility to go from working out to, well, working. And it’s all able to be purchased with Bitcoin! Julieta first heard about Bitcoin about three years ago. “I think I read some article and became fascinated by the idea of an alternative to the formal financial system supported directly by people and the web,” she said. “I really have a lot to read and learn about Bitcoin yet. I still don’t completely understand, but I have a kind of crush on it.”

So far, Julieta has had a lot of questions about Bitcoin from her Etsy customers, but she’s only had two purchases with it. She expressed a desire for more customers to use Bitcoin in her shop, and she also has hopes that Etsy will completely integrate Bitcoin as a form of payment on the platform.